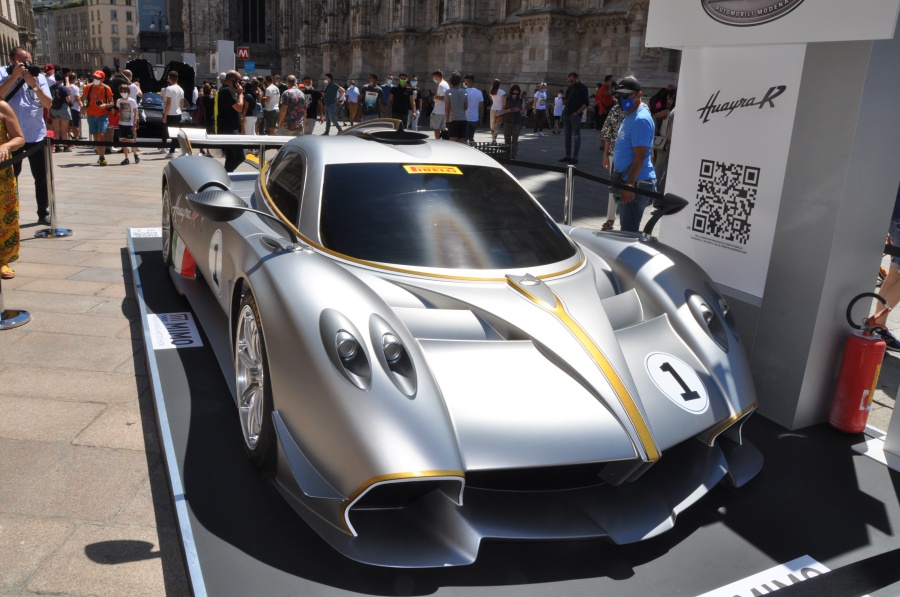 MIMO stands for “Milano-Monza Motorshow”. The event was held between 10th and 13th June, with cars on display in the centre of Milano, all around the Duomo, and live shows taking place a few kilometres away, at the Monza racetrack.

This has been one of the major features of MIMO for several years: being an outdoor showcase of current and future mobility trends. However, don’t expect to have the whole Renault or Opel range on display… Only the current most emblematic models are on show, like the Arkana or the Mokka.

From 10th to 13th June, it was possible to walk down the Milano streets and discover more than 60 models. All the cars had their own QR code close-by, that allowed visitors to discover the technical characteristics of the vehicles, download photos and videos, as well as links to get in touch with the manufacturers. This was in addition to the images and videos available on the event website, in order to reach even more people.

Sixty-four cars and motorbikes brands took part in the show, exhibiting more than 130 vehicles in the streets of Milan. In addition, more than seventy hybrid and electric vehicles were on display just a stone’s throw away from Castello Sforzesco. Free of charge, this show complied with health regulations while allowing a maximum number of visitors to get close to exclusive and recently launched vehicles. In the absence of « mainstream » shows, this was the opportunity to get close to the new Peugeot 308 and DS 9, for example. Among Bugattis, Paganis, Bentleys and Aston Martins!

High-end luxury and high performance cars were proudly displayed, without any sign showing their CO2 emission rate. There is no doubt that this concept will appeal to manufacturers because the cost and logistics required are much lower than for an exhibition like Geneva, Paris or Frankfurt. However, the weather can always make or break such an event and it’s obvious that it’s much more suitable for Italy or Spain than for Belgium or Germany!

The Italians are great car lovers… the MIMO also had a very important « passion » dimension. The action was on the Monza track : Dallara, Ferrari, Porsche, Pagani, McLaren, Lamborghini…

There were also cars from the Martini collection belonging to the Macaluso Foundation, not to mention the one hundred and fifty or so supercars that came from all over Italy to take part in the Supercar Night Parade!